Lately, it’s likely you’ve seen the terms UX and UI being used a lot. There’s good reason for that. These days, good software must not only perform well in terms of doing what it should, reliably and accurately, but using it should also be a pleasant experience. And that’s what UX and UI are all about. 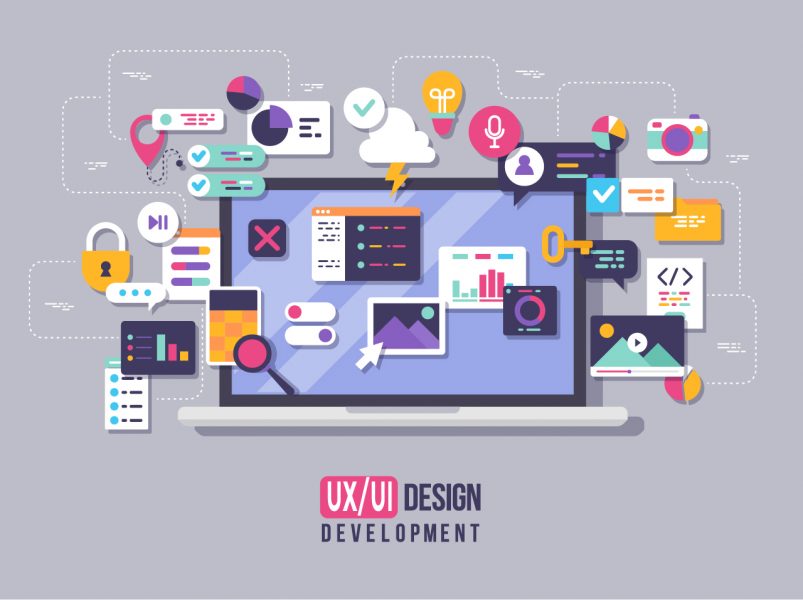 But while these terms are often used interchangeably, they are not the same thing. Let’s examine each in more detail.

UX is a broader concept because it encompasses the emotions and attitudes of the individual using a system or product. In simple terms, UX is about user satisfaction and the goal is to improve the pleasure of interaction with a system or device; UX and UI work together, with UI impacting UX and vice-versa.

As such, UX concerns itself with user-centric design. This is why UX and UI is all about you and I, because it is the way in which we interact with and feel about using computer systems and programmes.

UI is, quite simply, the means by which you interact with a computer. As such, UI has a long and somewhat interesting history. Since screens were invented sometime after computers were, the first UI was mechanical, using punch cards or paper tape for input, with output courtesy of a line printer.

In due course, command line interfaces (CLI) and the famous (or infamous!) ‘green screen’ emerged. By the mid-1980’s, the ‘Graphical User Interface’ emerged and has played a prominent role since – though programmers undoubtedly still, to this day, use CLI.

There’s an interesting history of the modern era of UI over at Adobe detailing the emergence of natural interactions with computers, including voice and haptics (gestures).

UI has become an increasingly sophisticated area of focus for software and systems engineers because it plays a central role in User Experience, or UX.

Though UX and UI design may seem like ‘common sense’, the reality is that users are often very different from the people who design the system or product itself.

Throw into the ‘engineering’ mix otherworldly software programmers, and you might imagine how the UI and the broader UX might not match the way things are done in, say, a window and door manufacturing environment.

That’s why we’re stepping up our focus on UX and UI at Soft Tech. Software is never a completed product, always evolving with room for improvement. Going beyond additional functionality and features , it extends to better design in how you interface with our software. After all, the better you feel about using V6 and the easier it is to find the things you need, the better it helps you become more successful in your every day tasks.

Our commitment is to put you at the center of our software design. Understanding your needs is crucial to the success of our product – because we’re here to solve problems for you, and by creating optimal experiences, we’ll solve those problems more effectively. In short, we’re making our software as friendly as possible, so using it is always a pleasure.

Keep an eye out for next blog this month where I’ll walk you through the process of UX/UI design. It’s a fascinating look into how we shape your experience of the software we produce.

Dealer management and the human touch

One of the concerns many have with technological advances is the loss of the human touch in business. However, if we loo...
by Bob Koegler

What it takes to ‘go agile’

Recently we introduced the concept of ‘agile’ and explained that Soft Tech has moved to this software implementation...
by Alexey Smorodin

A closer look at UX and UI design

(See end of this article for the 3.8 sneak peek expression of interest.) Recently, I introduced the concepts of User Exp...