With the professional assistance of Soft Tech, Envirotech Façade Solutions (EFS) has equipped itself to easily work with manufacturers using the latest CNC machining tools for the creation of custom architectural aluminium fenestration solutions. In a project lasting several months, Soft Tech developers have added milling operations for window systems into EFS’ database, allowing the Australian company to expedite its supply chain while readying for the manufacturing of the future.

Envirotech Façade Solutions is a leading designer and distributor of high-performance commercial grade systems to the monumental and multi-storey façade market. Its products are designed for energy efficiency and are engineered, tested and designed to meet the latest Australian Standards and architectural trends. Once designed, EFS products are contract manufactured by a network of third-party organisations, several of which are implementing CNC (computer numerical control) machining solutions.

EFS General Manager Steve Parkes says the company recognised the value in introducing automation solutions for those of its manufacturers which were starting to install CNC machines. “We wanted to modify our database so it could generate the right data for these machines, thereby accelerating the time taken and efficiency of production,” he explains. 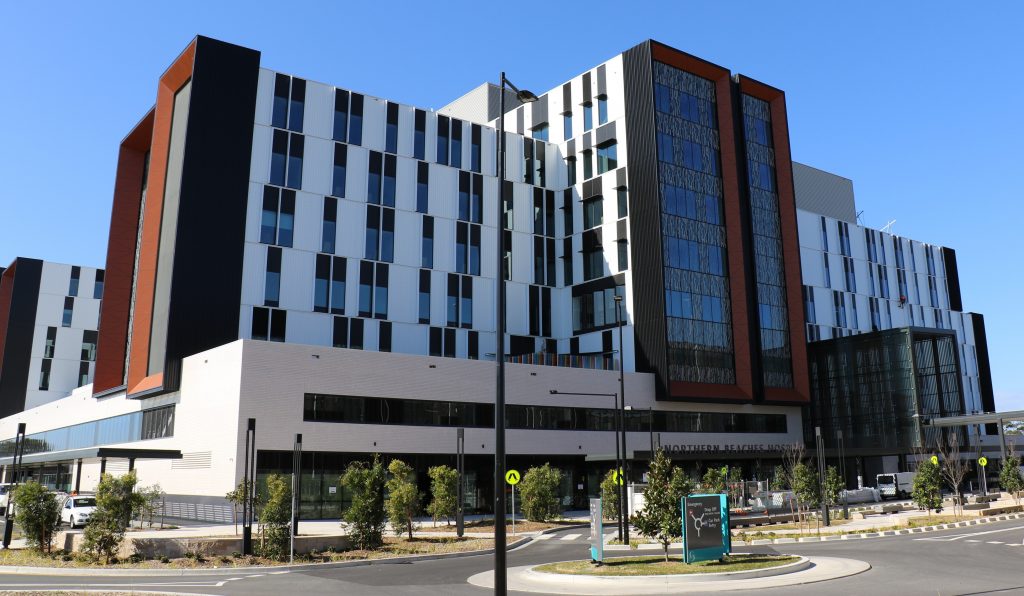 “We’ve used Soft Tech’s V6 for almost 10 years, including the database which we use to send job details to our manufacturers. As time goes on, the tooling used by manufacturers changes. With CNC coming in, we wanted to provide the right, accurate data for the fabricators, which would make it easier to produce using the CNC machines.”

CNC machines combine a motorised platform and tools controlled by a computer. Instructions are delivered to a CNC machine in the form of graphical computer-aided design (CAD) files. These are transformed into a sequential program of machine control instructions, and then executed.

The challenge for Soft Tech’s software engineers was to create files within the V6 database which would allow EFS to send specifications for its systems directly to the CNC machines owned by the contract manufacturers. Demonstrating its flexibility and willingness to solve specific customer challenges, Soft Tech responded by putting a team of developers on the case.

With four façade systems identified as routinely allocated to CNC manufacturing – including curtain walls and sliding doors – for which data would be required, Steve says the work involved creating everything from scratch. “That included assemblies, macros for notchings, drainage holes and the like,” he explains.

But Soft Tech went further. “Instead of just setting up these first four systems, they also taught us how to generate the macros and showed us all that’s required. It is quite intense and highly detailed… and if you stuff it up, there are real problems,” Steve adds. “That’s because of the old principle of ‘garbage in, garbage out’. If your data isn’t 100 percent accurate, you’re not going to get the right result.”

Thanks to Soft Tech’s support, EFS is prepared for the future of manufacturing. It is able to send jobs to manufacturers using the latest CNC technology with ease, resulting in a smooth, automated supply chain and the rapid creation of its fenestration solutions.

“With a bit of training and support, we have got the first few systems in curtain walls manufactured successfully and we are adding others, like sliding doors and fixed frame systems. The majority of what we are using CNC for is in the database now and it’s working well,” confirms Steve.

He says CNC in the window and door industry is showing future potential. “It is obviously costly for manufacturers to install these machines. However, the advantages of speed and accuracy means more and more are going to be doing so, and as they introduce them, we’ll be ready to provide the right data. And that’s important, because it builds trust that the software works, the systems work and can be depended upon.”

Most importantly for EFS, adds Steve, is that Soft Tech hasn’t merely provided the database updates, but has equipped the EFS team to itself update and create the necessary entries as more of its systems are moved to CNC manufacturing. “It’s enablement. We’ve done the legwork, now we’re ready for the future and ready to easily integrate with any manufacturer using CNC on the factory floor.” 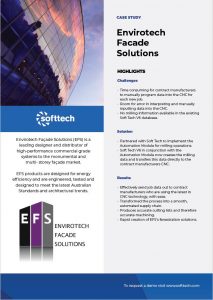 Case Study: How STF have set themselves up for future growth

See Through Facades (STF) is a Rockhampton based commercial glazing company with a focus on providing impeccable service...
by Alison Renwick

After having worked with numerous different databases for over 10 years I have always been impressed with how much flexi...