I’ve been talking about BIM for a while now because it offers substantial benefits to the whole of the construction industry, window and door manufacturers included. The reason for that is quite simple: more (accurate) information equals fewer mistakes. Fewer mistakes mean faster production and construction, reduced waste, and improved profitability. What’s not to like.

First, let’s look at a definition of BIM (Building Information Modeling). BIM is a process beginning with the detailed documentation or design specification you need to create an intelligent 3D model of the site you are working with. BIM covers the entire lifecycle of the project, starting from renovation, programming, design, analysis and documentation, fabrication, construction, and operation and maintenance. 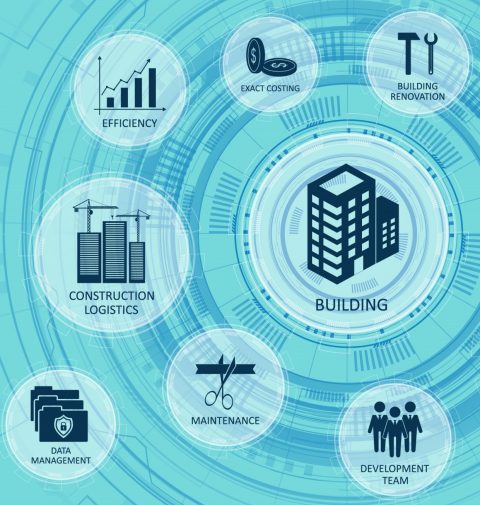 BIM allows you to use the information in the 3D model to analyze and improve your design before it’s built, saving time and eliminating potential problems. It will also allow for working with the just-in-time methodology, reducing times within the production system as well as response times from suppliers and to customers. For more detail, check out my previous blog and webinar here.

Now, the thing with BIM for window and door manufacturers is that you might think it doesn’t really apply to you. That’s both sort of true and also sort of not true at the same time.

BIM hasn’t been important in the past because it tends to be thought of in terms of the completed building. You, of course, don’t generally get involved in completed buildings, instead producing components which tend to go in towards the end of the project.

Add to that, BIM, while it has a long and winding history going all the way back to the 1970s, hasn’t been widely used until more recent times. That’s thanks to the usual challenges of the information technology industry, which include things like common standards (or the absence thereof), the days when computing was horribly expensive and the sheer fact that dealing with so much information is complicated and daunting.

All those things have changed or are changing fast. BIM today is practical, increasingly widespread, and also increasingly expected of all players in the construction value chain, and it’s for good reasons (see the opening paragraph).

The essence of BIM is that it is a common data environment with the key values of design and installed criteria. The data is automatically checked and verified against standards (including COBie) which supports quality; accuracy of these numbers enables 100% design validation. Far better than spot checks which can result in issues like Sydney’s crumbling apartments.

‘Sort it out on site’, in a competitive market, isn’t really a good enough approach these days. It’s expensive and hugely risky, and flies in the face of the MacLeamy Curve – a complicated diagram which shows what should be a self-evident fact, that an architectural project becomes more difficult to change the more developed it becomes.

When all players in the eventual result of a construction project – that is, a building – participate by providing complete, standardized information about every aspect of the individual products which go into that building, the result is certainty.

And certainty doesn’t stop once the building receives its Certificate of Compliance. BIM lives on long after the project’s delivered, as it is used by the likes of building owners, facilities managers, janitorial staff and others. For example, knowing where each one of your windows is located in the building, and its exact specifications, means that if a pane or latch breaks, finding replacement parts is simple.

That’s why introducing new technologies like BIM should be important to you and your business. It goes beyond building doors and windows and becomes a contribution to a broader value chain in which you play an important part. It’s the way of the future, where buildings are smarter, more efficient and better managed.

In recent years, we have seen that window and door manufacturers who have integrated their back-end systems have seen st...
by Bob Koegler

What it takes to ‘go agile’

Recently we introduced the concept of ‘agile’ and explained that Soft Tech has moved to this software implementation...
by Brett Perez

Here’s something to think about. When a customer asks you for a quote or asks if you can deliver some good or service,...